"The Renaissance" by Q Tip 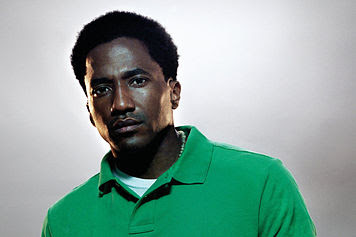 It's good to see Q Tip back with a new album. "The Renaissance" at first seems like a logical progression from his last full length official album in the 90's but on closer inspection the story is not quite so simple. The MC who first burst on to the scene with A Tribe Called Quest (and other Native Tongue affiliates like The Jungle Brothers and De La Soul) has been busy with the customary Hollywood acting career, but he has also had a number of albums that have never seen the light of day due to record company politics and other reasons.
So what happened? "Amplified" was his solo debut that did reasonably well even though it curiously dissapointed loads of fans of A Tribe Called Quest, who had recently disbanded after the under-rated "Love Movement" album. The last Tribe album was certainly not as mind-blowing as their first three, all bona-fide hip-hop classics, but it still had it moments. It was criticised for straying away from the traditional Tribe sound, but in reality, it was an album that again used some of the most cutting edge production in hip-hop, again supplied by Jay Dee aswell as Tip and Ali , the man largely responsible for their previous set, "Beats Rhymes and Life"
Hip-hop fans are a curious bunch sometimes. Back when Tribe released 'The Low End Theory", many were dismissive aswell, as it was a stark progression from their jazzy "Peoples Instinctive Travels and the Paths of Rhythm" debut. People quickly caught up though, and by "Midnight Marauders" even the harshest of critics conceded that this was the work of hip-hop royalty. The final two albums may have had people confused again, but now all these years later most critics and fans concede that the production of Jay Dee was simply years ahead of his time, and the Tribes later albums reward closer inspection.
Q Tips "Amplified" was way too jiggy for some, but after later Jay Dee (now known as Dilla before his death in 2006) work with Madlib, Frank n 'Dank and Phat Kat, it seems to make even more sense now. Quite simply, it's a banging album, and it stands up well nearly 10 years on. He then took a typical left field route with the curve ball that was the more off-centre jazz influenced Kamaal the Abstract album, but anyone who knew Q Tip will have recognised that this was similar to the material he had been sampling for years with the Tribe; it made sense to go straight to the source!
The record companies have been even more confused by the fans and the album, like much of his material since, was left unreleased and despite some interesting bits and pieces this decade "The Renaissance" is his first official full length since "Amplified". If you are even a bit of a fan, give it a chance and hear him out. It's an album that has the right ingredients for the notoriously safe U.S. market (Norah Jones, Raphael Saadiq and a big Jackson 5 sampling Dilla produced single culled from his "Donuts" set http://www.youtube.com/watch?v=CI2szueHoL8) but above all it's an album brought to us by a guy who is generally ahead of the game, and who's music will always stand up despite the various fashions or trends of the day. It is not quite a hip-hop Renaissance, but like the Di Vincis and Michelangelos, he will stand the test of time.

This article was originally written by me for last week's Evening Echo check Downtown every Thursday
Posted by StevieG at 1:44 PM 293 comments:

"After the idea, there is plenty of time to learn the technology"-James Dyson 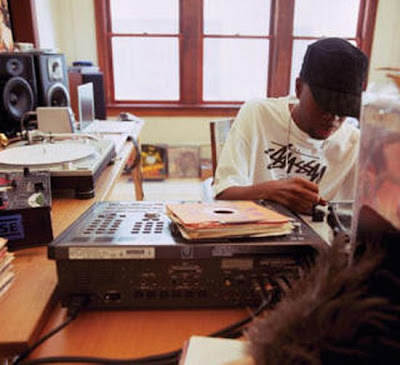 I've always been of the opinion that technology is something that should be used to our advantage with regard to music. Coming from a background where i was a serious vinyl collector for many years this has sometimes led to some big dilemmas recently, and converting a lot of music to digital format gave me a lot of mixed feelings these last few years. Having used both digital and more traditional methods DJing i can safely say there is a lot to be said for both, and it simply depends on the person or scenario.
As a hip-hop fan, it is always necessary to pay respect to the role which technology has played in the music. The technological advances of the late 70's and early 80's provided the cornerstone for many of the great ideas springing from the harsh inner city boroughs of New York and elsewhere. In those days, rather than having to buy loads of equipment such as guitars and drums to emulate their funk and soul heroes, many music fans could now simply make music by grabbing a mic and assembling a groove for cheap. 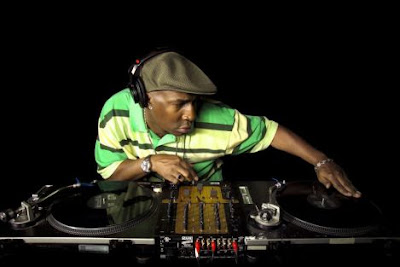 These grooves were often supplied by a DJ operating on relatively cheap turntables, cutting up two copies of a record while the MC simply spat lyrics. Suddenly music was readily available for everyone and like the DIY punk and scene of a similar era, kids could now get records out on the cheap and on the fly. Years later it's much easier and dance music culture has moved on but now it may not be as easy to make your release feel as special as bringing out a 7 or 12".
As a DJ i can download more or less anything in 5 minutes but it will never replace the feeling of lusting after a vinyl record for years, and eventually tracking down a copy in a dodgy second hand shop basement full of dusty wax. I can now bring 20,000 tunes with me on CD or on a hard-drive, the same number of tunes that were once in my vinyl collection, but nothing will replace the feeling of flicking through the actual records with the original covers and the sleeve-notes and history that each brought. 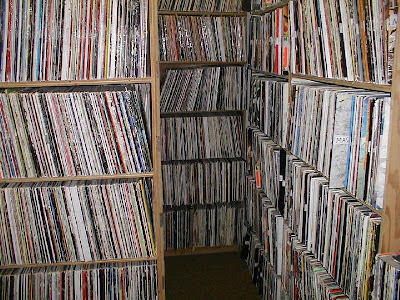 Playing a few gigs lately where i was pretty much using only vinyl, i got an incredible buzz and realised how much i love the format, the sound and the culture of these records. I never got rid of any of my main records anyway, and they will always be my pride and joy, and even though it's much easier to go to 90% of my gigs with a laptop and loads of CD's, there are times when it will have to be beautiful black vinyl!
Purists will shrug their shoulders and dismiss the young DJ's who have never bought a record, but I can honestly say that i would never begrudge youngsters the convenience of the format they use. There is no doubt in my mind that years of record collecting and crate digging has benefited my music knowledge, and i will always treasure this, but technology is there for us all, and there is nothing wrong with using it to your benefit. After all, it's what comes out of the speakers that really matters.
Posted by StevieG at 9:33 PM 1 comment: