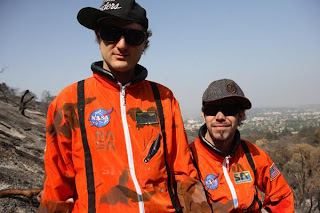 Supergroups are not a new phenomenon in music by any means. All through the years there have been some big names creating new groups that caught the imagination of music fans. The Travelling Wilburys, Crosby, Stills, Nash and Young, Blind Faith and even the Power Station can all claim varying degrees of success, but in hip-hop music there have been some notable creations too.
It's inevitable really that a music genre which generally finds a particular artist collaborating with loads of it's peers on many big records leads to some groups developing out of that. In many ways though, some of the best examples of these groups have come from the classic sound-system background of reggae and soul, such massive influences on hip-hop. Soul 11 Soul, Coldcut, Massive Attack and more recently the Gorillaz have taken this approach and created some great music out of it. The music delivers a variety not possible with a regular group and though touring can become difficult, there are always ways around it.
Massive Attack has launched solo careers for everyone from Tricky to Shara Nelson, and all these years later they still operate under the structure of a Sound-System. The Gorillaz were interesting too and used many different vocalists, while another well known project featuring Gorillaz masterminds Damon Albarn and Danger-mouse was the Good, the Bad and the Queen. The likes of the Gravediggaz also did their thing, though ironically they formed as another off-shoot of arguably the bets super-group of them all in hip-hop; the Wu Tang Clan.
In 2009 we are set to hear loads more from a similar project to the Gorillaz being put together by New Yorker Sam Siegal and his Brazilian pal Ze Gonzales. I recieved some promos of their new material before Christmas and was well impressed to find loads of my favourite artists appearing on their different tunes. "Spirit of the Apollo" is as eclectic as you would expect from guests spots featuring the likes of Tom Waits, M.I.A., Santogold, David Byrne, Chuck D, Karen O, George Clinton and the Gorillaz favourite rapper Del tha Funkee Homosapien. The music is adventurous and held together with a distinct hip-hop aesthetic, the amazing thing being that it works as a cohesive record rather than one long stereotypical guest rap and take the guest-spot money and run vibe that waters down so many hip-hop and r&b albums these days.
I've been checking some of the videos too and just like the Gorillaz there seems to be a very tasteful visual approach to N.A.S.A. They really have assembled an incredible who's who of hip-hop alongside the big rock names and Fat Lip, Cee-Lo, Bushwick Bill, Method Man and Ghostface are joined by DJ's Z Trip, Q Bert, Swamp and many more. Overall, you could be cynical and say it is almost like a group put together by bloggers who are assembling a who's who of fashionable artists, but as with the best of these projects they cleverly get a few artists who are outside of the mainstream but still very relevant (Del, Bushwick Bill, Pharcyde etc) Go and check it for yourself and see what you think, this music fan is won over anyway. I've a feeling we are gonna be hearing plenty from these guys in 2009, as it is music with a superb variety and intelligent outlook, that crucially works on the dancefloors aswell!

50 years of Motown-my top tunes and a free mix! 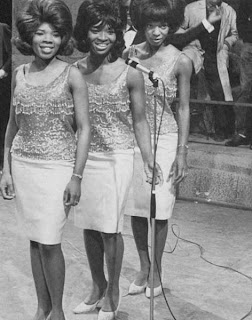 A lot has been written about the 50th anniversary of Motown this week and the Detroit label has justifiably been lauded as being one of the most influential record labels of all time. Personally i've been a huge fan for many years now and as the birthday co-incides with my own Black on Red Shows seventh birthday, i've decided to dedicate a number of radio shows in January to spreading the Motown vibes further. This will continue this Saturday with a live interview on RedFM with Detroit born Jerome Rimson, a music veteran now living in Cork, and a man who knew many of the big players back in the day. Jerome is still holding it down with the Inner City Blues band and having worked closely with everyone from Van Morrison and Phil Lynott over the years, he is well positioned to talk about the impact of Motown on the wider musical world. Check it out on Saturday; in the meantime, here are ten of my favourite Motown classics. To download a mix of all of my favourites for free, simply go and check out my podcast at http://djstevieg.podomatic.com


1-Marvin Gaye and Tammi Terrell-Ain't no mountain high enough
An Ashford and Simpson written tune that perfectly sums up the synergy between the two singers, both of who unfortunately died way too young . This song was later covered really well by Jocelyn Brown and it was also recently sampled by Amy Winehouse on "Tears Dry on their Own"

2-The Supremes-Where did our love go?
More musical perfection on a track produced by Holland, Dozier and Holland. The Supremes enjoyed a string of amazing hits before the group split with Florence Ballard and Diana Ross went solo
3-Stevie Wonder-I don't why I love you
Not the best known Stevie song, and i could easily have chosen somethings like "All I do", "Sir Duke" or even "Hey Love", but another track that shows how the Motown youngster came to be rightly regarded as one of the most important artists of the 20th century
4-Martha Reeves and the Vandellas-Dancing in the Street
"Are you ready for a brand new beat"? was the call to the young people of America, but this resonated all over the world and became another massive anthem as the civil rights movement took hold of imaginations everywhere.
5-The Four Tops-Baby I need your loving
Levi Stubbs and co were one of the great Motown bands, and this tune forms a great tribute to the legend who passed away last year
6-The Temptations-Ball of Confusion
Alongside "Papa was a rolling stone", "Cloud Nine" and many more hits, it showed the psychedelic sound of Norman Whitfield in full effect on this socio-political number
7-Smokey Robinson-Tracks of my tears
The man who Bob Dylan called America's "greatest living poet" in 1967. You can't get higher praise than that; a great singer and song-writer who had big hits with the Miracles and many more Motown acts.
8-Frank Wilson-Do I Love you
Unreleased at the time, but a soul collectors item years later, a stomping tune.
9-The Jackson 5-I want you back
A few minutes of pop perfection that lay the foundations to a legendary career.
10-Marvin Gaye-What's Goin' On
A new era was on the way, and a pop label became even more than that as some of it's biggest talents like Marvin and Stevie took control of their own careers.
Posted by StevieG at 6:51 PM No comments:

and here is the Rap-up from my homeboy Skillz! 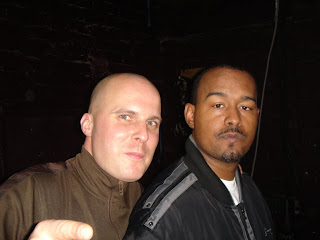 Posted by StevieG at 8:37 PM No comments:

Big up DJ Earworm! Check his site at http://djearworm.com

Posted by StevieG at 8:12 PM No comments: 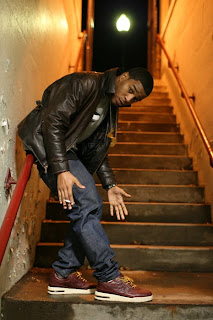 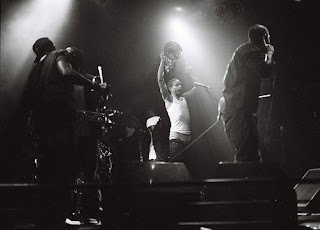 Hypnotic Brass Ensemble at the Pavilion 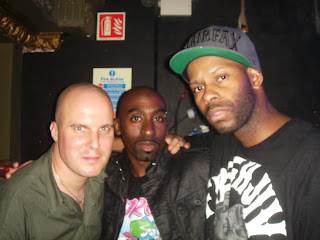 In Cork, I'm hoping local soulboy Brian Deady reaches more ears as his sound develops. The same can be said for young funk act The Impressionists , who are residents at my Jam night at The Pavilion, and reggae stalwarts Wiggle , who have a great new album about to drop. Elaine Dowling is a terrific singer who is doing interesting work with Corkman and New York resident Freezerroom .

For a hip-hop fan, it's interesting that so many of my choices touch on that style without specifically being hip-hop and I think this is a reflection of the ubiquity of the genre as a whole. The Hypnotic Brass Ensemble are just one of the many acts with a hip-hop sensibility bringing this attitude to a different field, and their new material is incredible. This is music that makes acid jazz seem like it belonged to the last century. Oh, wait . .

t's always difficult to peer into the crystal ball and see what's ahead but here are just a few of the acts who i think we will be hearing a lot more from in 2009. Some are already well known, some are gonna be well known, but hopefully each of these acts and each of you will all have a fabulous New Year!

YOU'RE ONLY MASSIVE
This Berlin based duo have got even better having made the move from Ireland and they promise an interesting follow-up to their excellent Dot Dash release with Queen Kong last year. 2009 could well be their year.

FREEZER-ROOM
Another act who is now based elsewhere, but collaborating with many local acts here including one our best singers, Elaine Dowling. There are some really nice beats on this project and with a FishGoDeep remix on the horizon too, it augurs well

THE IMPRESSIONISTS
Cork based act have improved greatly lately and despite losing their excellent drummer are hoping for great things next year. Residents at my own Jam night at the Pavilion, they are developing a really good live show too!

KID CUDI
Already with a big hit in "Day and Night', this Cleveland rapper is set to blow up big time next year and has already got the support of Kanye West and Wale amongst others.

PPP
Had a critically acclaimed debut as the Platinum Pied Pipers but now they have a shorter name and a tighter sound, future soul at it's finest.

BRIAN DEADY
Cork soul man who's music is developing really nicely he has put together a funky band now too and his new recordings look set to propel his name further into our consciousness this year.

HYPNOTIC BRASS ENSEMBLE
Already well known here after a few visits to Cork 2009 promises to be even better for these guys. They have got their live sound perfectly down and their new album is easily their best so far. Alongside the Hot 8 Brass Band and Menahan Street band, they are part of a new jazz generation making great music.

CONSEQUENCE
Okay i've been tipping him for every year since about 1997 but this could be the one! His new album is gonna be produced by Kanye West and Q Tip and could be the break he needs

CORK RAPPERS
Well there's loads of talented ones out there and some good producers too. Who is gonna step up and get some quality material out there? 2009 is here let's hope we hear some good stuff.

WIGGLE
The new album is great and they are always amazing live alongside Green Monitor and Sumo one of the most interesting Cork bands.
Posted by StevieG at 8:36 PM 1 comment: