The Skatalites return to Cork!

Quite simply one of the most important groups of all time. Previous visits to Cork had been good, but their amazing gig in the Cruiscin was probably too limiting for such a band, while their Opera House show at the Jazz Festival didn't get the crowd it should have had really. Last night was perfect and i'm proud to have had them in the Pavilion, big thanks to everyone who came along and those who helped put it together, including Phil from Feile Africa. Here's a few of my pics and some from Rory Cobbe too who has more at http://www.jpgmag.com/people/frenchsvilla 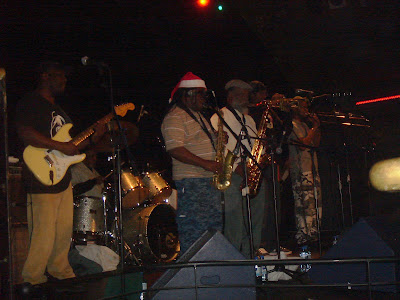 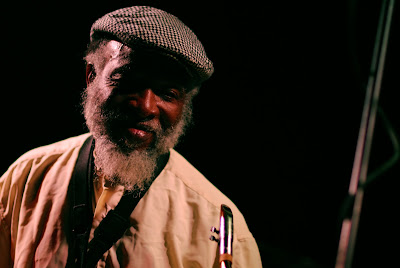 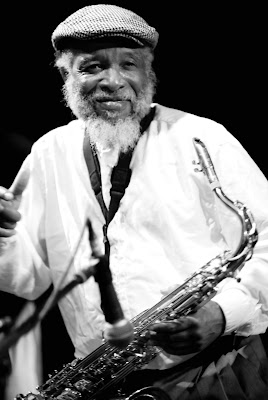 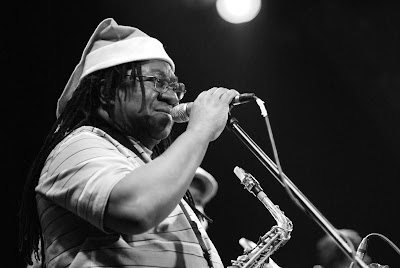 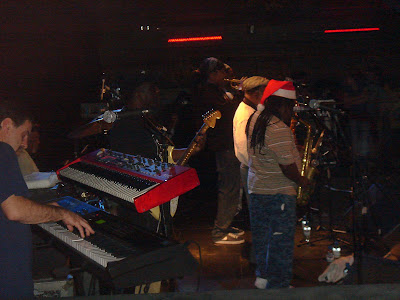 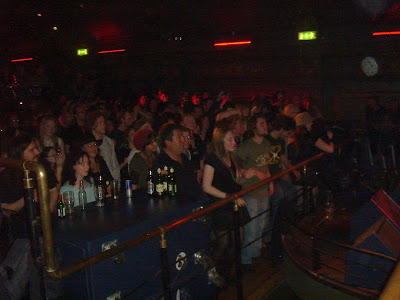 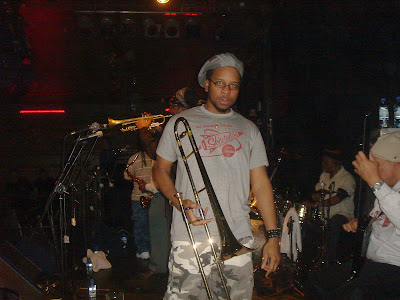 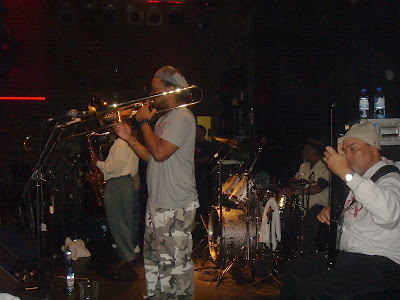 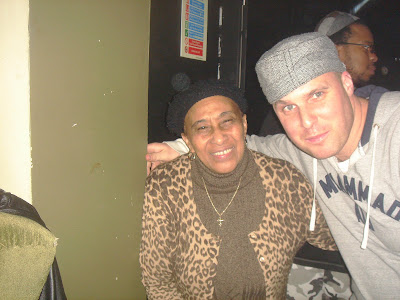 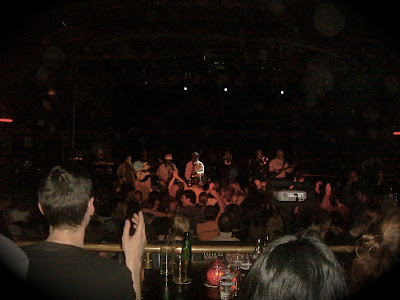 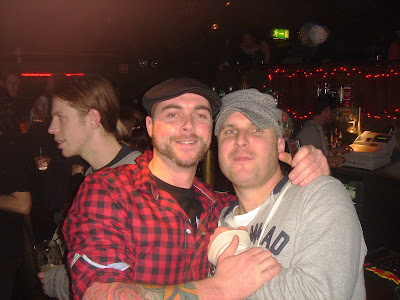 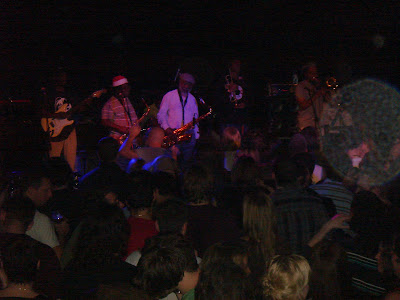 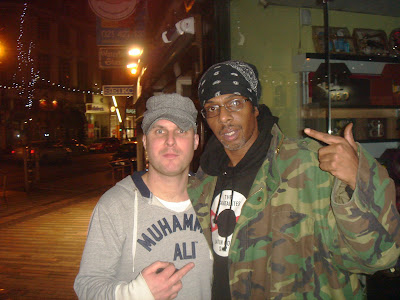 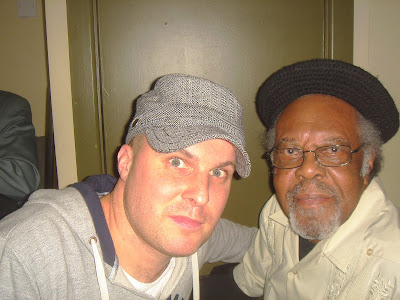 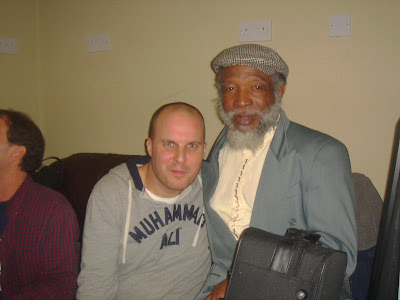 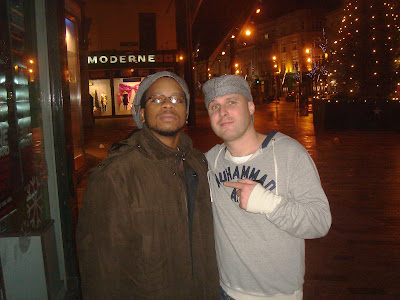 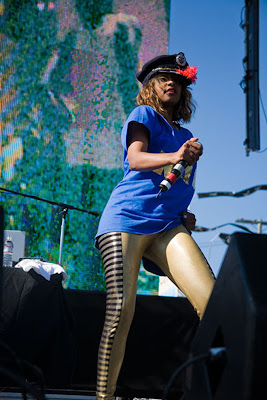 Q TIP-Move
Superb single from "Renaissance" that beefs up an old Jacksons sampling Dilla loop from "Donuts" to great effect, this even had a cool video to match in a tidy return from the Tribe Called Quest legend
COCOA TEA-Barack Obama
My anthem of the summer from the Sly and Robbie assisted reggae man. There were literally hundreds of different Obama tributes in the last 12 months but this was easily the best and became a huge track in Cork as the enthusiasm for change sparked a worldwide feeling of optimism.
M.I.A.-Paper Planes
This was really a track from last year (sampling the Clash) but 2008 saw it go into overdrive as it became probably the most remixed track of the year in hip-hop. They all had a go and it even got to a stage where the track got re-worked into a new tune by T.I., who's "Swagger Like Us" ended up with a million versions too.
JAY Z Feat SANTOGOLD-Brooklyn Go Hard
A bit of a late entry but a funky collaboration between another of the best singers of the year and Jay Z.
SOLANGE-I Decided
Proper soul music from a great young singer who has finally stepped out of sister Beyonce's shadow with a superb album and amazing lead single.
ESTELLE-American Boy
Monster track that still sounds good!

ALBUMS
MENAHAN STREET BAND-Make the Road By Walking
One of the big singles of last year is now expanded into a full length jazz soul opus.
RAPHAEL SAADIQ-The Way I see It
Another soul classic from one of the best modern day songwriters, singers and instrumentalists.
FLYING LOTUS-L.A.
Heavy beats and relaxed grooves made for one of the albums of the year.
ERYKAH BADU-New Amerykah Part One
A modern soul classic from a singer who has always been really interesting, this brought her back into the public eye!
ROOTS MANUVA-Slime and Reason
Hip-hop and reggae blended seamlessly together in another quality album from the U.K. rapper, check out the dub version too, it's equally brilliant!
Posted by StevieG at 6:42 PM No comments:

Mash up the Dancehall! 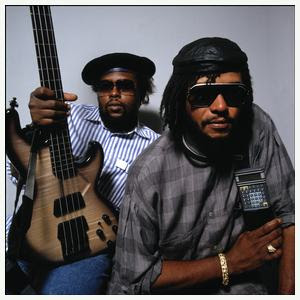 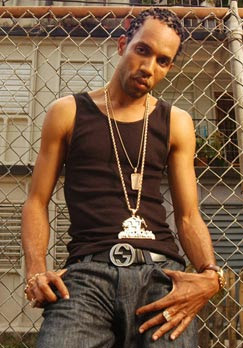 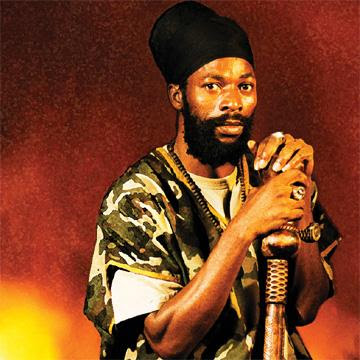 Dancehall reggae has got a lot of bad press through the years. This has often been warranted in my opinion and the sexist and homophobic lyrics of some dancehall used to be as bad as even the worst gangsta rap. Their seems to be a curious machismo in much of dancehall reggae's past and it is often said that this "slackness" is a product of the ghetto's where dancehall stems from. The anti-homosexual and sexist sentiments in Dancehall music is a direct reflection of the male machismo/egoism in Jamaican culture. Personally, I'm glad that in recent years many dancehall artists have returned to the more conscious and positive sounds of roots reggae.
There is one place where the credentials of dancehall reggae have never been doubted. I'm lucky enough to have grown up going to a nightclub where dancehall was paramount, and it only seems like yesterday when me and my pals used go and check out Donkeyman spinning the best dancehall tunes in the Donkey's Ears and the Back Bar of Sir Henry's. Having taken over from him in Henry's I felt under qualified with regards to Dancehall and even though I was a big reggae fan it took me years to feel that i could spin that music with the same ability as Donkeyman. Thankfully I learnt from the best and luckily in Cork we have always had a good amount of people spinning the hottest rhythms from the Jamaican dancehalls. The likes of Dr Fiasco and Bellyman are regularly holding it down and always worth checking out if you like to hear the hottest grooves.


Dancehall has sporadically hit the mainstream over these years too but in many ways it's the same old story as when reggae dominated. The rhythms, many originally culled from reggae classics anyway, manage to get exposure eventually through pop or r&b hits. Just like with Bob Marley, there is one dominant artist who enjoys hit after hit, but it is fair to say Sean Paul will never enjoy the same kudos as the Wailers man. He is absolutely huge these days though and it is fair to say he is still a decent enough artist and he relies less on the novelty factor than the likes of Shaggy did when he was popular. Beenie Man, Shabba Ranks, Chaka Demus and Pliers are just a few more who have enjoyed success but for me the best dancehall flavours will always be the ones that have bubbled under the radar of the mainstream charts.
Capelton, Louie Rankin, Cham, Cutty Ranks and the likes have all been regulars in the dancehalls around the world in recent years and this is just the tip of the iceberg really. The rhythms and sounds are still absolutely banging and the music is as good as ever, but this is one form of music where you really need to be searching out the best stuff by digging deep and through the right networks. It's definitely worth it though because there are few musical forms that sound so good as when the vibe is the right the Dancehall is still king!
Posted by StevieG at 8:31 PM No comments: