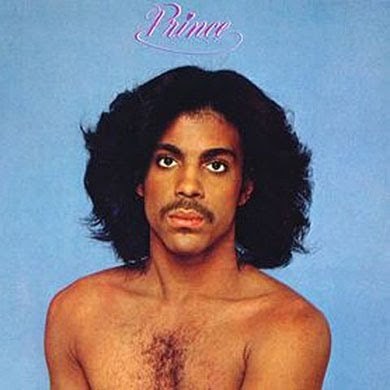 My "Living Legends" series continues this week with Prince. Where do you start with an artist such as Prince!? He is a one man musical machine who is a multi-instrumentalist, songwriter, singer, musician, collaborator and artist in his own right. He is a sexually ambiguous eccentric and incredible performer who has always been innovative with everything from his name to his attitude to the internet and the music industry. He is quite simply a music phenomenon and one of the most important music artists of all time.
For many his best days are long gone, but even his later era music has often impressed me and his jazzy "Rainbow Children" album from 2001 remains for me one of his most amazing and exciting works. Even back when he was writing hits such as "Manic Monday" for the Bangles, Prince was often using other names and he is rumoured to have literally thousands of unreleased songs in his vaults, aside from the many hundreds of bootlegs that are out there already. 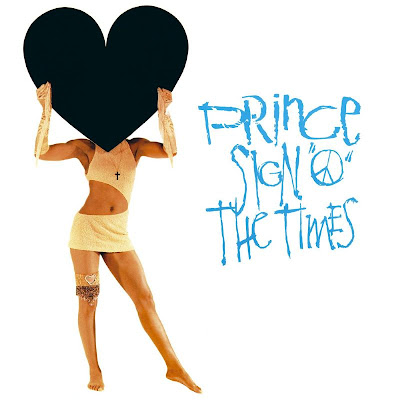 Prince was also one of the first of a new wave of black artists who gained substantial playing time on a fledging MTV back in the 1980's, an era where the music television channel actually played music. The success of Prince and Michael Jackson opened the floodgates for the later-day commercial domination of hip-hop and r&b in many respects, and they gained the exposure that Rick James, Parliament/Funkadelic and the like never enjoyed. Like many of these artists, Prince was never one to be tightly pigeon-holed musically and it is ironic that even to this day Prince and one of his great heroes Jimmy Hendrix, are seen as black men operating in a white mans domain. The music of r&b and the blues and Little Richard and Chuck Berry and Muddy Waters had been streamlined into something more homogenized by the media, but make no mistake about it, this was always black music as much if not more than anything else. 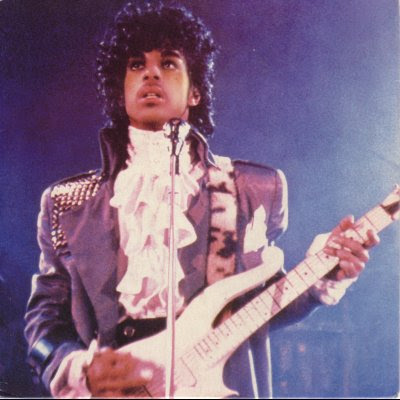 Prince was never gonna leave racial divisions or anything else get in the way of his own music career. Like another of heroes Sly Stone, he assembled a multi-gendered and multi-racial band together on many occasions, and through all of his many name changes and ups and downs, there remains a rare sense of optimism in most of his music. He was always willing to tackle dark subject matter too, but even at a low ebb he produced stunning pop music. "The most beautiful girl in the world" was remarkable in that it was his first UK number one as a performer, even though two of his classics had been at the top of the pile already as covered by Sinead O'Connor and Chaka Khan. Prince was still the middle of a long running dispute with Warner Brothers at the time, but the music transcended everything and even the dogs in the street were singing it back in 1994.
Long running disputes with powerhouses such as E-Bay and Youtube have meant that Prince is sometimes in the news more for other things than his music these days (he is also being sued by Irish music promoter MCD for cancelling shows) but through every different crisis Prince has remained an enigmatic star who has done it his way. Albums such as "Sign of the times" are quite simply some of the greatest music ever recorded. Back even before then on the strangely prophetic "Controversy" Prince sung "People call me rude / I wish we all were nude / I wish there was no black and white / I wish there were no rules." He has done a brilliant job of ripping up those rules all through his music career, and he is a living legend who continues to fascinate us in 2010.
Posted by StevieG at 5:18 PM

He's written a wealth of floorfillers-Head is probably my fave
:D

I think this is very true. And it’s something that you have to remind yourself sometimes. I agree with you.

I have a DVD of this man in a tour to North America, I think that this man is so good and he was the king of the music during many years.

Prince is one of my favorite musicians ever!nobody can match him.